The best techniques for an NGO to attract members 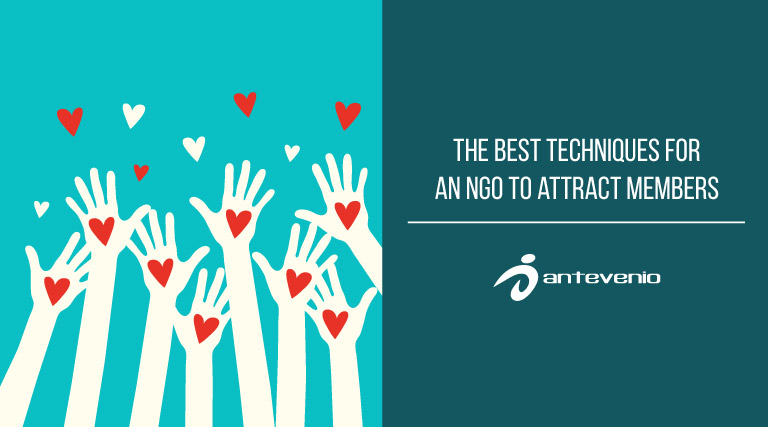 There are very diverse techniques for NGOs to attract members. The key aspect is to use the content, an appropriate message to make your NGO’s cause be known and attract new members, collaborators, donors or volunteers.

You need to consider that your goal is to encourage your audience to support your organization through a message that reaches them in the most personal way possible. Regarding funding sources, they are also diverse, but they can be divided into six groups – partners, donors, companies, grants, event organization and merchandising sales.

In order to receive the funds you need, you need to create campaigns that attract attention and mobilize people. These are some kinds of campaigns you can use:

3 recruitment techniques for an NGO

The important aspect of partner recruitment techniques is that they tell stories. And, if it is possible, the stories should be told in first person and give a voice to your cause.

For example, you can tell a story about the work your NGO develops, showing the people who receive a direct benefit from your projects.

The content you create can have different formats. A video could be one of them. Create a video that has an impact and which your audience will not forget. Additionally, if you share it on your social networks, the video can become viral, which will increase your visibility. An example of this is a video created by the Water is life NGO, which is an example of virality.

Build a website that, besides being well designed, includes calls to action so that your public can make donations or collaborate in your campaigns. You can even ask them to participate in your campaign as volunteers. This is a good way to do it.

On your website, you must explain clearly what is the cause your NGO defends and what it is that you are asking for and why. You must interact with your audience in the best possible way, as by only by doing so; you will get them to collaborate.

Doctors without Borders website is a clear example of this. If you analyze the main menu, you will notice that it focuses on the sections “Get to know us, collaborate, work.” It is a clear call to action. It focuses on the possible donor for him/her to become a member or to make a donation. It also invites people to collaborate as volunteers.

Another option may be creating a landing page to better target the donor in a given campaign. It is a more direct way to reach your audience, as you consolidate all the information in one place and, thus, you create a more direct focus towards the campaign, and you do not distract the donor with other campaigns that you may be carrying out at the same time.

Using social networks is another way to reach your audience. On social networks, you can share your NGO stories and you can also make public your campaigns or ask for donations.

Ideally, you need create a community of people who defend your cause. Social networks can help you find ambassadors and supporters for your project. Through their posts, they will help you consolidate and strengthen your NGO’s image. You must consider the fact that your campaign will be much more credible if other people also defend your cause. It is a matter of credibility. The Vicente Ferrer Foundation uses this resource very well.

Additionally, social networks will also help you to reach people more easily. You need to make your campaign as personal and as credible as possible, because your donors will want to know how the money has been spent. This will help you reach your target audience more easily.

An example of this is the Charity Water organization. The donor can choose how to make the donation by using his/her cell phone or the organization’s website and he/she knows, right there, the name and surname of the person for whom he/she has made a donation.

Examples of partner recruitment techniques for an NGO

These are some examples of campaigns that have been very successful and have carried out actions to attract volunteers or encourage donations to their causes.

24 hours that move the world, by Manos Unidas 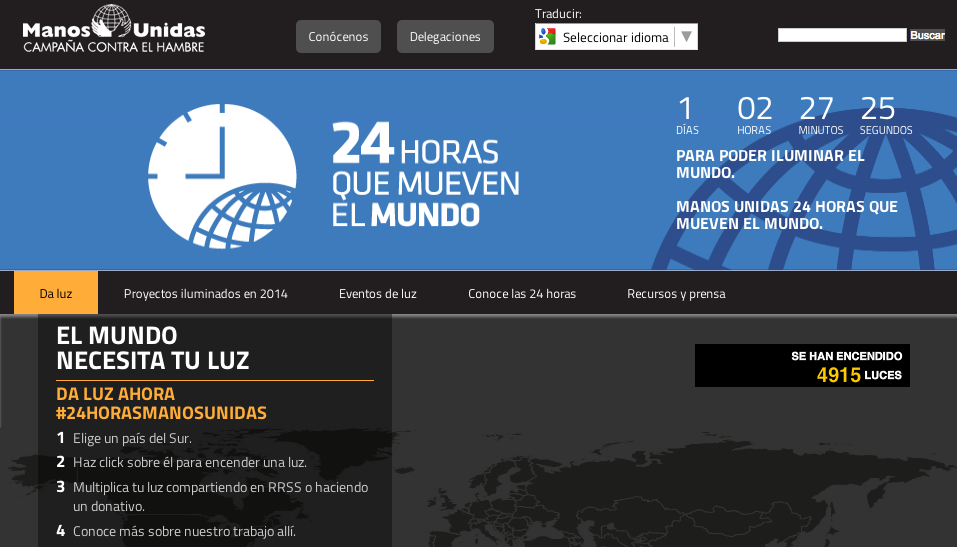 This campaign raised awareness to obtain funds. It aims at mobilizing people for a just cause. For this, it offers a participation space where each user chooses to light up a country to give light to the NGO’s projects.

They also uploaded a video on YouTube to reinforce their objectives, which is another way to reach your audience and to light up its project. It also organizes events to promote its cause and uses other communication channels, for example newspapers or radio.

In this way, they have reached thousands of people who have lit up many of their projects and increased the number of donations.

On the other hand, social networks have given greater visibility to the NGO. By integrating Facebook and Twitter to their campaign, they encourage participation. For all these reasons, it is a clear example of how to use partner recruitment techniques for an NGO.

Become friends with Malik, by Doctors Without Borders

This is a solidarity SMS campaign. By sending a SMS with the word MALIK, the entire SMS’s sending cost (€1.20) is donated to the campaign. On the campaign’s website it is possible to keep track of Malik’s life. Thus, it provides information for the campaign in real time.

The success of this campaign comes from: 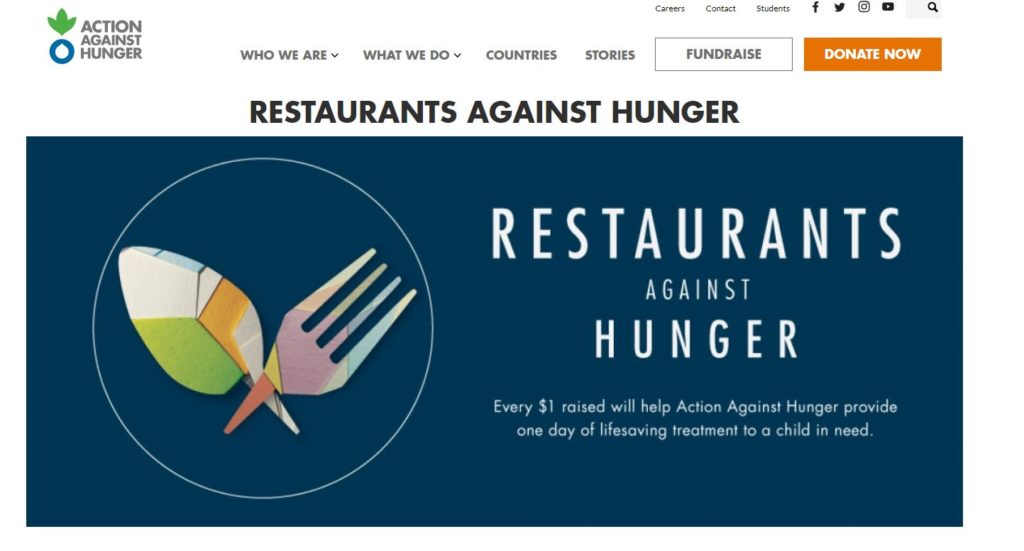 This is a good example that confirms the importance of forming an alliance with companies for fund raising actions. The restaurants that join the campaign select a “Solidarity Dish” from their menus and they make a donation to support Action Against Hunger’s nutrition programs for each one they sell for duration of the campaign.

The following channels were used for this campaign:

With all these NGO partner recruiting techniques, the campaign has turned into an annual fundraising event and more and more famous restaurants and chefs have joined their cause. 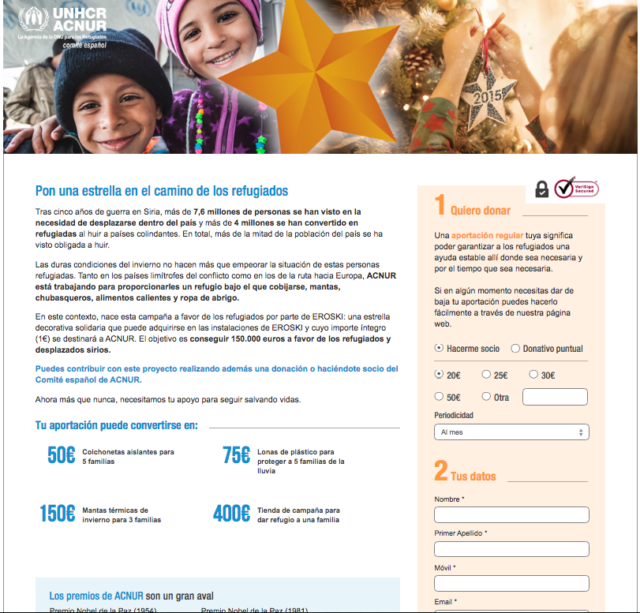 In this case, Acnur managed to raise about 60,000 Euros in less than two weeks with the help of Eroski. The Christmas Solidarity Star campaign aimed at raising €150,000, and it finally managed to raise €146,000.

The message it showed invited people to purchase a decorative star available at the supermarket chain. The money collected from the sale of the star was entirely destined to Acnur.

Using storytelling as the main element in a campaign for raising awareness is one of the most interesting techniques to attract members to an NGO.

The unstoppable factory of cells, by the Josep Carreras Foundation 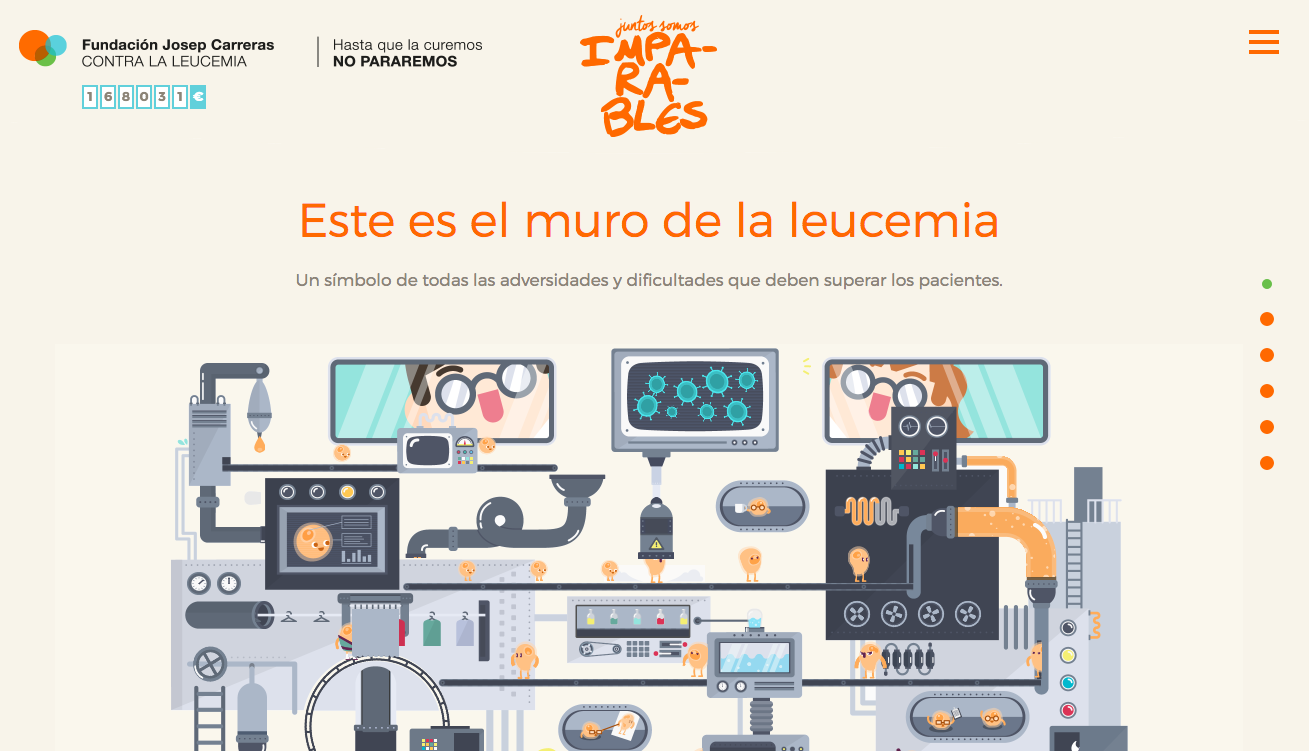 With the slogan “Unstoppable against leukemia,” a fundraising campaign was launched aimed at acquiring state-of-the-art equipment capable of identifying extremely powerful body cells and modifying them so that they attack cancer cells.

The campaign had a landing page with a unique design, which really captured the user’s attention.
It also offered the possibility of making donations through various channels – donations, registering as a member, and the solidarity SMS.

A video was another of the techniques it used to attract members and explain the importance of this fundraising action. Additionally, several artists collaborated to broadcast the campaign on YouTube, which was also spread to different social networks using the hashtag #unstoppableagainstleukemia.

Now you know some of the techniques you can use to recruit partners for an NGO. Do you wish to work with a marketing partner that understands your charitable goal and has access to the necessary technology to carry it out? At Antevenio, we can help you execute your performance marketing strategy. Do you have any doubts?

techniques for an NGO to attract members,