The 10 world brands with the most value 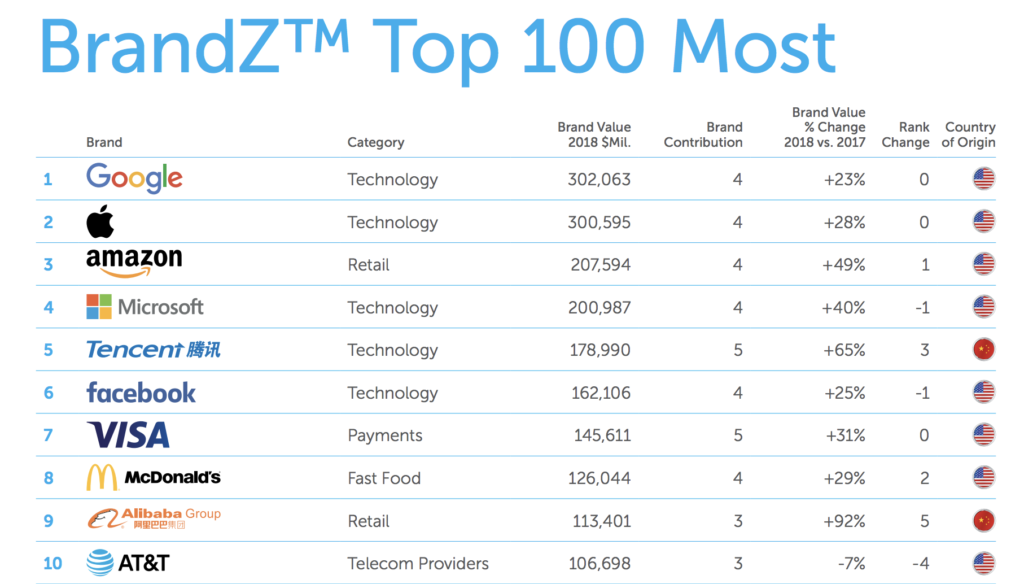 Global brands with more value have settled within the market and in the famous collective. These are empires that have known how to develop an excellent digital marketing strategy at the same time they established themselves as references.

Also, we must not forget that technology is the promoter of all current developments. Thus, technology companies lead the list of the world’s most valuable brands.

Why does technology stand out in the list of the most valuable global brands?

Because the world’s most valuable brands have been able to adapt to new technologies, to the changes of the 21st century and to the demand of users. Thus, the increase in the use of data, the development of artificial intelligence and augmented reality are aspects that have favored brands.

Also, these brands stand out for turning themselves into increasingly creative and eye-catching campaigns. Creating a solid understanding among consumers and their own benefits. 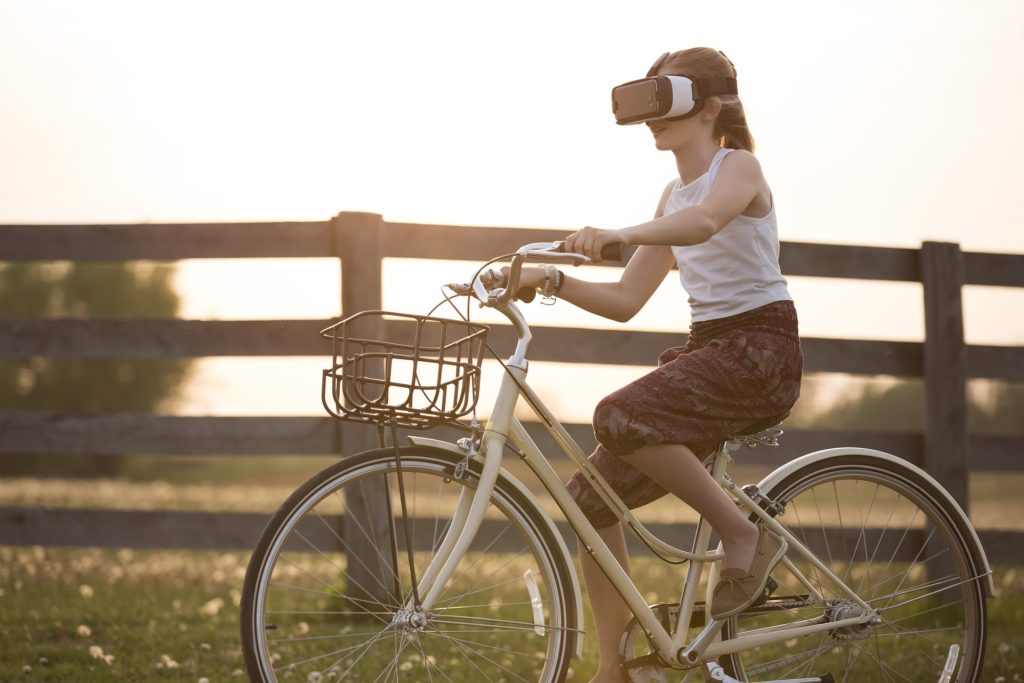 All the brands in the ranking make excellent use of technology. This is present in all of them. There is not a single one that does not have a digital component in its offer, in its communication, in its sales processes and even in how it interacts with its consumers.

And it is that not to think about the digital thing like part of the own strategy of the mark is a significant error. Leaving aside, the competitive advantages of technology would go a definite advantage to competitors.

One of the trends that the most valuable global brands have taken into account is Intelligence-led marketing technologies. That is technologies such as artificial intelligence and augmented reality. These allow brands to revive and prosper to maintain their relevance in front of consumers.

Interestingly, this year all the brands in the ranking, made by BrandZ, show an annual growth. It should also be noted that, for the first time, non-US brands grow more. Fourteen Chinese brands appear in the Top 100 ranking compared to just one brand that appeared in 2006 (China Mobile).

The Chinese brands are leading a business breakout. They have credited 47%, compared to the sad 23% that the US brands have grown. Thus starring a large part of the world market and the list of world brands with more value. 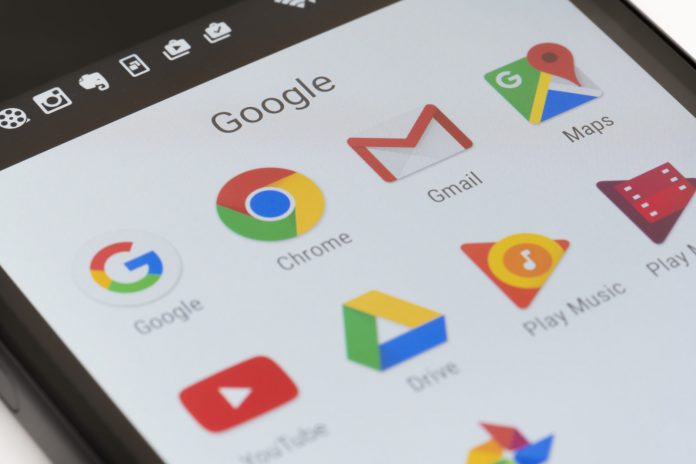 The technological giant par excellence is Google, it is also the predefined search engine for many of the users. To the extent that in some English-speaking countries, the answer is no longer “searched on the internet” or “consulted.”

More and more users convert the name of the search engine into a verb. So “google” a question, “googled’ it.” Undoubtedly it is a misuse of language, totally wrong that confuses the search engine and the internet. However, it is still a significant example of the importance of the brand in the famous collective.

Google leads the list of world brands with more value. And, the giant gets a 23% annual profit. That is 302,063 million dollars. 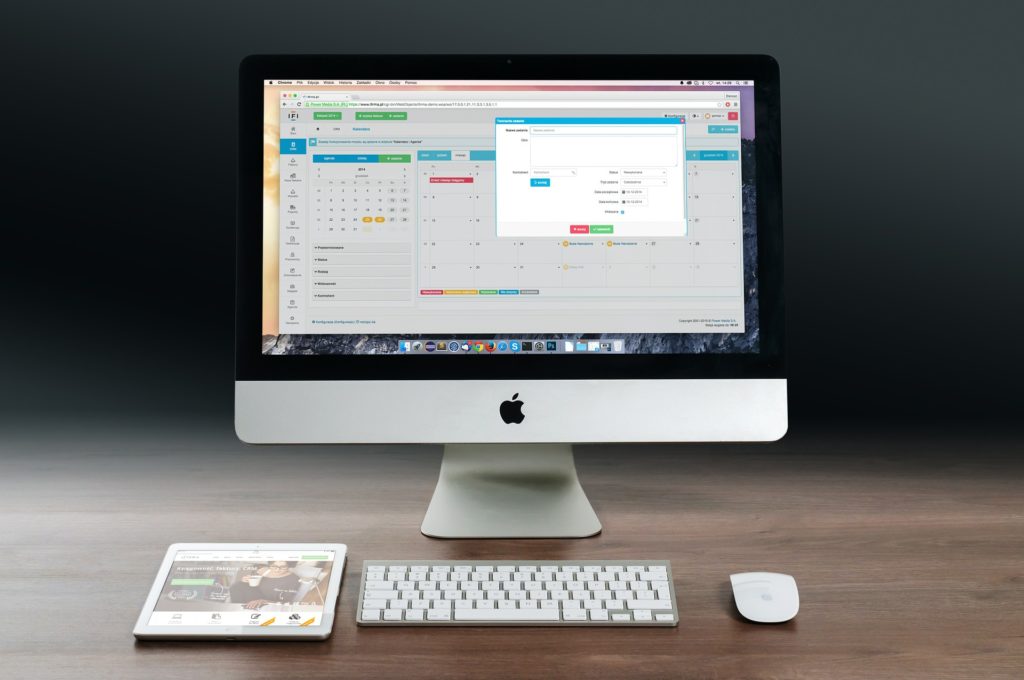 The second position of the list of world brands with more value also belongs to an American company. While Apple progressively loses its place in the mobile telephony market in favor of emerging Asian companies, surprisingly, the Californian company maintains its position among the technological giants.

Thus, Apple gets annual benefits of 28%, 300.505 million dollars. Always concerning the previous year. In the third quarter of its fiscal year, the Cupertino company announced that sales have grown by 17% and earnings per share by 40%. Thus they publish that “the results of the third quarter have been driven by the sales of iPhone, Services, and Wearables.”

Without a doubt, it is one of the reference brands in the sector. A company that every year, with the presentation of new products, generates interest in users and other brands. Apple has consolidated not only as a reference company but as a single, easily identifiable brand.

Amazon has managed to unseat the one that until then had the bronze medal, Microsoft. Amazon grew 49% last year, with $ 200,534 million in profits.

Despite the latest crisis and public problems of the company, the brand has established itself as a benchmark for selling all types of objects over the internet. And, despite being born to sell books exclusively, the American company has managed to grow. It has responded to the demand and needs of users.

Precisely, one of his successes was to become one of the first large companies to sell goods through the internet. As a characteristic, the company is a website with a sales revenue model. Amazon gets benefits by taking a percentage of the sale price of each item sold on your website.

On the other hand, Amazon also allows companies to advertise their products by paying to be listed as products. Also, over time, it has managed to develop its own products that compete in other markets. For example, the electronic book Amazon Kindle.

Without forgetting that the platform has established a tremendous competitive advantage. That is the speed of delivery of the products. From the Prime service to the Prime now, transportation in one day or on the same day of the order, respectively. Options that users value positively. The same ones that also highlight the secure return of the products and the quality and security of the transactions.

Microsoft has gone to fourth place with a growth of 40%, 200.987 million dollars. And is that the company has received a significant boost within the global brands with more value thanks to the service in the cloud.

Microsoft managed to exceed the analysts’ initial expectations significantly. Between January and March 2018 the profits of the software giant increased by 35% to reach 7,400 million dollars. Microsoft’s cloud services division continues to be on the growth path and is almost as big as the company’s more traditional businesses.

Tencent technology has grown 65%, entering 178,990 million dollars, and increasing in three positions since the previous measurement. It is the most valuable company in Asia and the real competitor of Facebook.

Tencent is also the world’s largest publisher of video games and the owner of WeChat, a social network used every month by almost one billion Chinese consumers. Regarding videogames, the Chinese giant is placed ahead of other recognition brands such as Sony, Activision Blizzard, or Electronic Arts.

Within its heritage is:

On the other hand, Tencent has been the first Asian company capable of overcoming the 500,000 million dollars of capitalization. A milestone that many thought that the cyber-trade giant Alibaba would achieve before.

Facebook has been overtaken by its number five competitor, mainly due to its significant improvement. Thus, the social network has grown only 25%, compared to last year, and has entered 162.106 million dollars.

Still and all Facebook is one of the companies of reference to what social networks are concerned. Always up-to-date, incorporating technological innovations, on Facebook they manage to successfully fly through specific crises. 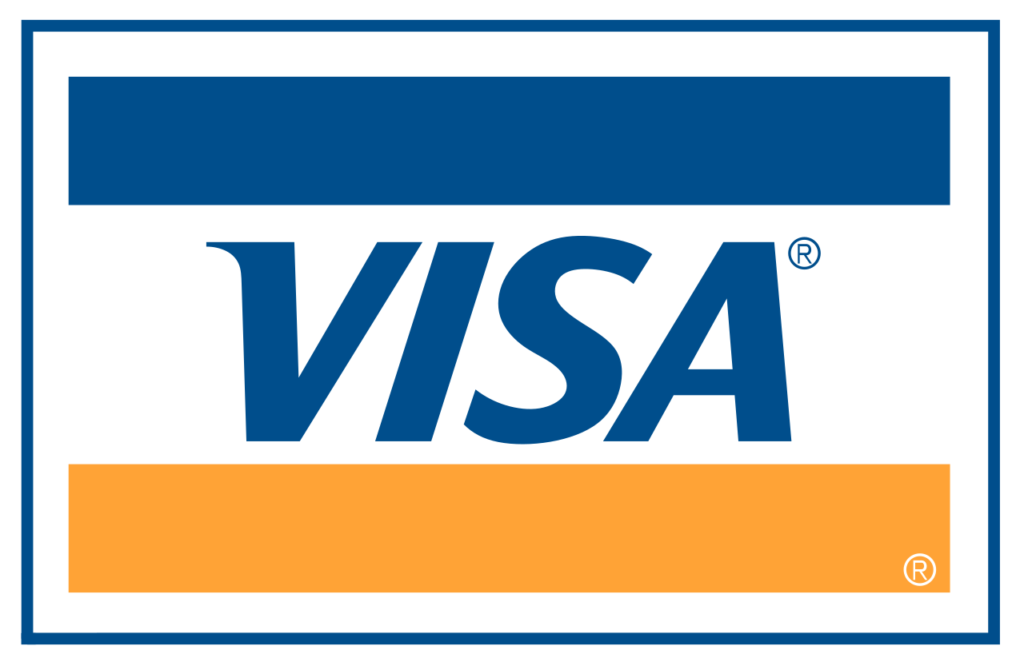 Currently Visa’s closest competitor is MasterCard. However, the US company has not positioned itself so well on the list of the most valuable global brands.

While Visa is among the top 10 reference companies, Mastercard is ranked 15th in the ranking. With an income approaching 80 billion dollars and has risen 5 places in the list. 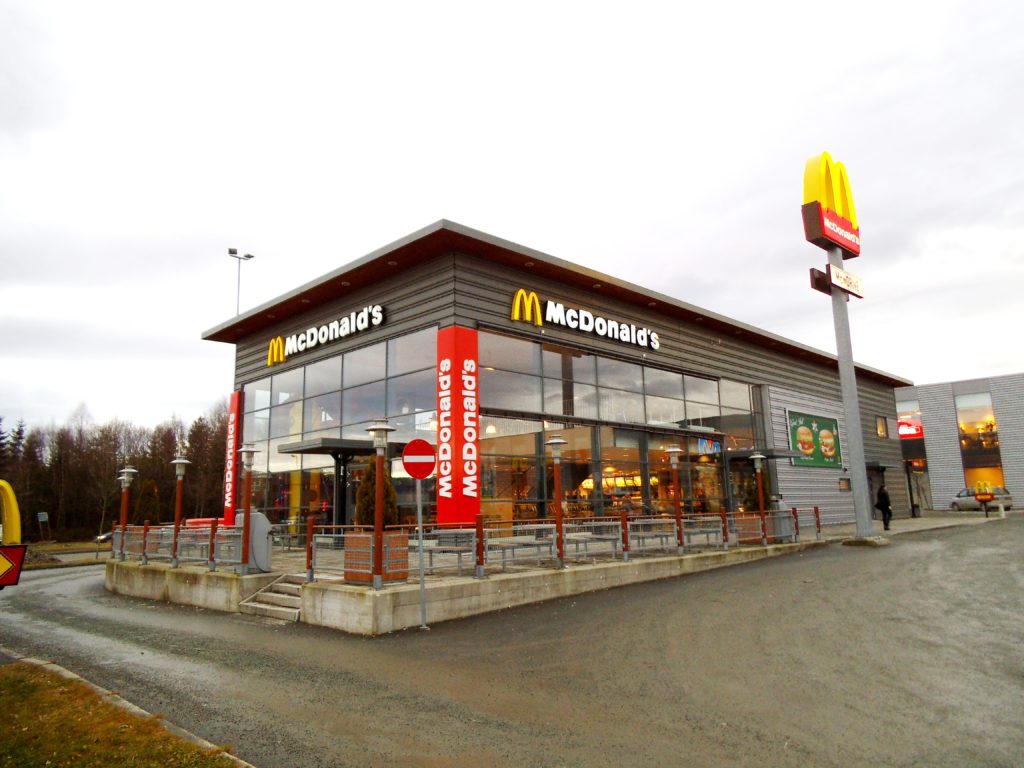 McDonald´s is the only food company that has managed to sneak into the list of the top 10 world brands with more value. It has even surpassed one of the titans of the market, Coca Cola. The soft drinks company in 2016 abandoned the top 10 of the world’s brands with the most value but still remains, as a reference, among the most influential. 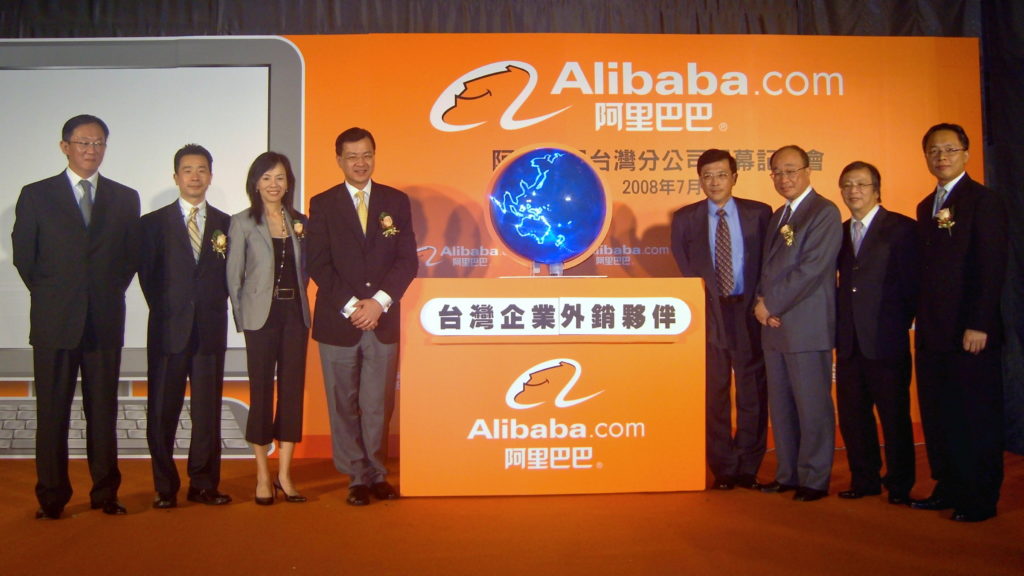 Alibaba Group Holding, China’s largest e-commerce company, reported a 56% increase in revenues in the third quarter. Clearly exceeding analysts’ expectations. While dismissing any concerns about a slowdown in the market. And is that, Alibaba, along with Tencent and Baidu, make up the triad of Chinese Internet giants.

Alibaba has also had to deal with the growing competition from rivals such as Tencent or JD.com, which continue to form alliances to end the leadership of Jack Ma’s company in the e-commerce market.

“With the continued development of our New Retal strategy, our e-commerce platform is developing as the leading retail infrastructure in China. During the past year, we also doubled our technological development, cloud computing, logistics, digital entertainment, and local services so now we are in a position to capture the growth of consumption in China and other emerging markets“, says Daniel Zhang, chief executive officer of Alibaba Group.

The company that Kelly King runs in Mexico obtained revenues of 671 million dollars. An increase of 14% compared to the first quarter of 2017. In users, added 24% more lines, to reach 15.6 million subscribers, although it remains the third competitor in the market.

Thus, AT&T has established itself as the benchmark mobile phone company, growing more than its competitors.

Global brands with more value have managed to gain a foothold in the international market. Differing greatly from the competition and creating improved services. All of them take advantage of changes and technological improvements to incorporate their market strategies. If you are also looking for a place in the market, get in touch with us, and we will help you to achieve it.