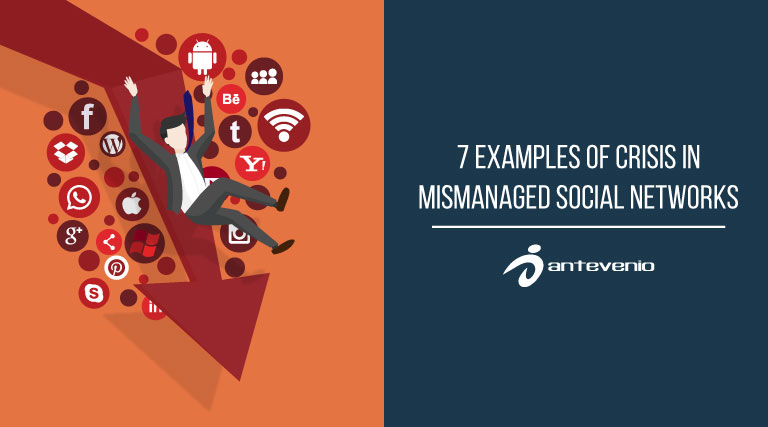 The proliferation of social networks and its impressive adoption in the day to day of many users have caused some problems to arise in the brand-user relationship. Most of these problems are solved with a correct intervention. However, crises can also occur in mismanaged social networks that eventually burst.

Typically, brands have a good digital crisis management plan. With an adequate strategy, it is possible to solve many of the criticisms that can be generated in social environments. But, in some cases, the situation gets out of control. Either because there is no quick response or because the response action has been wrong, the truth is that the crises in mismanaged social networks end up getting entangled.

To prevent you from committing the mistakes that other brands have made previously, we show you 7 examples of crises in mismanaged social networks that could have been avoided:

It is one of the usual cases. A brand decides to consult with the users something of their product. Or of their marketing and communication strategy. To do this, it decides to enable a specific channel. In the case of Nutella, the campaign “Dites-le-avec Nutella” (say it with Nutella), it focused on the personalization of the packaging label.

Nutella asked its users to share on Facebook their virtual label that included a personalized message. However, as often happens in these cases, some users took advantage of it to include messages that attacked the brand.

The worst was the reaction of Nutella who vetoed a series of terms among which were: obesity, diabetes, boycott, sexist words, racist or homophobic terms or direct attacks on Nutella. The virality that sought the brand occurred but with the opposite effect. Becoming an example of what happens with crises in mismanaged social networks. 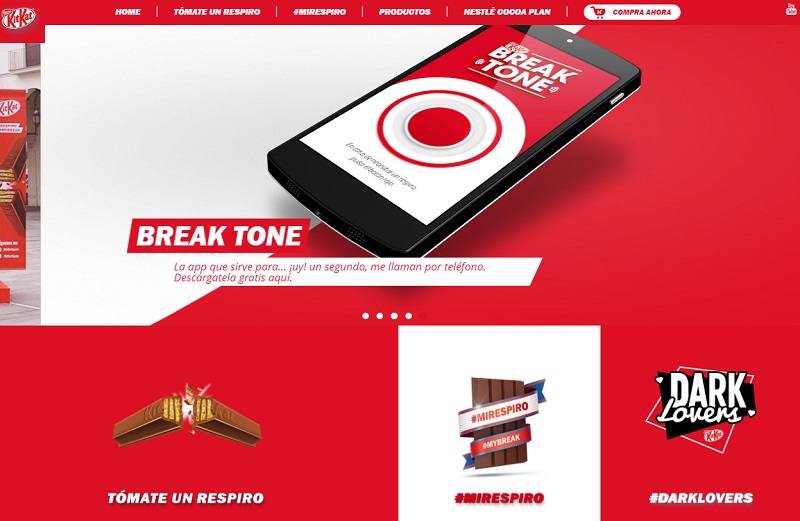 In 2010, Greenpeace released a video that denounced the way in which Nestlé developed its Kit Kat product. This organization alleged that the company manufactured its product with palm oil from Indonesian forests. The habitat of a protected orangutan species.

The news did not take long to expand through social networks and the reactions did not wait. The brand not only gave no explanation. In its absence, it eliminated all the negative comments that there were in its social networks regarding the subject and censured its fans in Facebook forbidding them the use of images of the company modified with the word “killer”.

The reaction was immediate. And criticisms and comments began to appear on channels on the brand’s own social networks. But also in other spaces that Nestlé could not control. 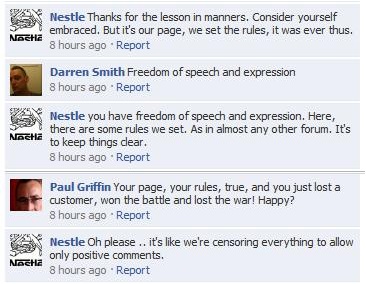 The brand didn’t know how to manage well the situation and the problem did nothing but grow and grow. In fact, this is one of the clearest examples of crises in mismanaged social networks.

A too late reaction

Finally, Nestlé, realizing that the mismanagement of the situation on their social networks was damaging the brand, apologized for their behavior. And tried to make the problem fall into oblivion. However, the corporate image of Kit Kat was damaged after this situation.

In fact, even today different blogs and Facebook pages that speak badly about the brand for that situation are still open. Or for the poor treatment that the brand had with the users. In addition, on Twitter still continue to appear some comments pointing to that situation and seeing the rejection of some users towards the brand. 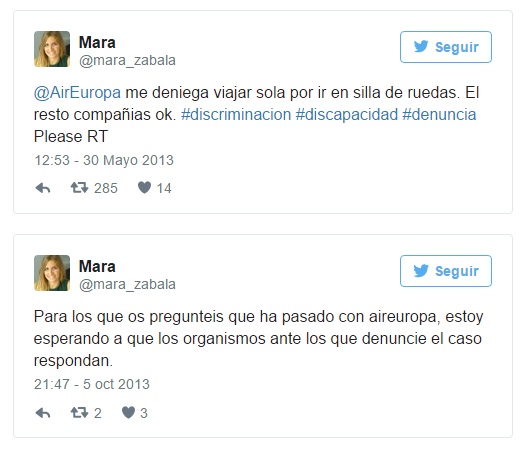 Another crisis in mismanaged social networks is the one that involved Air Europa. It all started when Mara Zabala, a passenger in a wheelchair, was denied access to the plane without a person accompanying her. The harmed one published the tweet that heads this epigraph in her Twitter account.

The tweet triggered an authentic online reputation crisis for the company. While other companies allowed wheelchair access to airplanes, Air Europa denied it to this passenger. The tweets that Mara Zabala published generated an avalanche of criticism and rejection of the company.

The problem became more acute when some influencers in different social networks expressed their solidarity and supported Mara through their public accounts. Provoking with their positions that the criticism became viral. Due, in part, to the number of users who followed these influencers.

Air Europa opted for silence. They ignored the amount of criticism that came to their social networks and did nothing about it. Its image was much damaged. And, in addition, it conveyed to users the feeling that they did not care about their customers, since they did not even bother trying to fix the situation.

The issue exceeded the crisis in social networks and came to the political debate. The Popular Party requested that the case be studied in Congress. To this day there is still no solution to this type of situation.

The case of Domino’s Pizza is one of the examples of crisis in mismanaged social networks that could be redirected. The situation began when an employee of one of the pizzerias of the brand posted a video on YouTube showing how he played with the raw ingredients with which the pizzas were later made. The problem is that the game went further and came to introduce pieces of pizza in the nose.

Evidently, the video became viral and in just two days it already exceeded one million reproductions. The matter was aggravated when the mass media echoed the video.

A good reaction but a Little late

Interestingly, Domino’s Pizza did not seem to have an adequate digital crisis management plan. Therefore, it took a long time to respond publicly. And every second that took the situation was complicated.

However, the way in which the situation was managed once they decided to get by is part of the best crisis management manuals. Among the decisions that were made are:

In 2013, Media Markt entered the group of brands with crises in mismanaged social networks. The problem was triggered after the company published some tweets in connection with the parade of the armed forces on October 12 of that same year.

The original Media Markt message that heads this epigraph wasn’t really very controversial. However, a few minutes later, a new tweet was launched that unleashed the disaster.

Thousands of users began to criticize Media Markt for their lack of respect for national symbols. Others related this tweet to the independence movement. In a matter of hours, messages started to rain on social networks with insults and criticism. The result? A Trending Topic nationwide. Clearly negative for the appliance brand.

In addition, personal acquaintances like the writer Lorenzo Silva joined the criticism and the wave was out of control. The brand finally asked for forgiveness through its Twitter profile to the thousands of offended users. And claimed that it was never its intention to offend anyone.

Subsequently, Media Markt has followed the line of humor and originality in their social networks in order to attract followers. However, this crisis shows that care must be taken and must think before publishing. Not everyone has the same humor. It is enough to talk about certain topics that tend to trigger an online crisis that, if not addressed correctly, can add to the list of crises in poorly managed social networks. 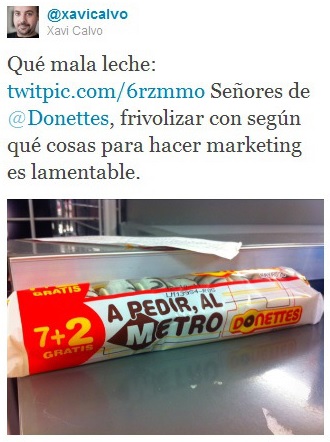 Sometimes, crises in mismanaged social networks arise from inadequate prior decisions. Or campaigns in which too much is played with politically incorrect ideas. This is what happened in 2011 when Donettes chose the slogan “To ask, to the meter” to show it in all its products.

A Twitter user disapproved the brand for the use of this message. A criticism that expanded even if the user didn’t have more than 2,000 followers. The message was retweeted with such intensity that in a matter of a few hours the hashtag #boicotdonettes became a trending topic throughout the country.

Direct contact with the user who launched the criticism

Donettes took a few hours to react. But when it did, it managed to turn the crisis around. To begin with, they posted the following message on their Twitter account: “We are studying what has been said about a claim that is found in some of our packs, we will tell you our decision soon”.

Shortly after publishing this message, and just 24 hours after the tweet of discord, Donettes once again published a clarifying message apologizing: “We agree with you and we apologize. We are going to remove the packs as soon as possible.”

During that day, the company was continually apologizing to all users through Twitter. In fact, it exchanged more than 80 messages. In addition, Donettes went a step further, and also contacted the first person to post the critical message. This helped the user publish a message later congratulating the company on the way to fix this digital crisis. 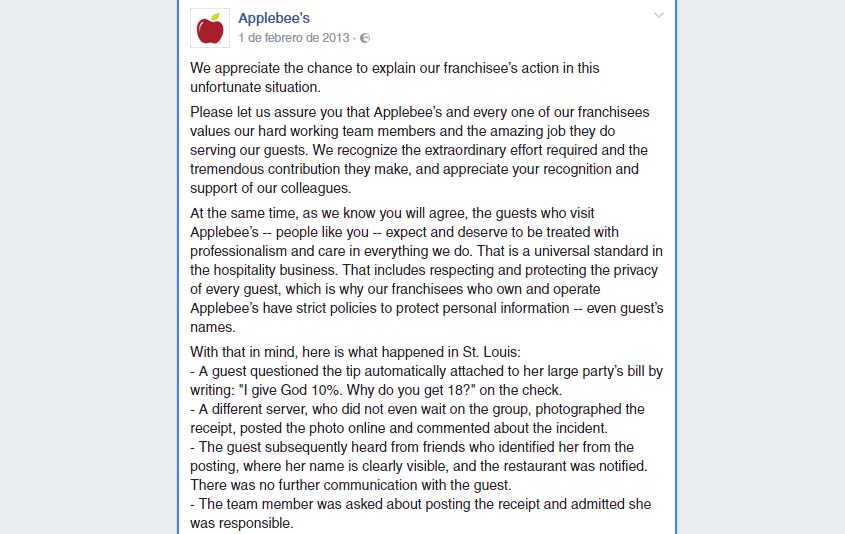 The seventh case of crises in poorly managed social networks that we are shelling occurred in the United States. And it goes to show that, sometimes, it is necessary to change the initial position.

The situation began when an Applebee’s waitress posted on Reddit a note that a client had left written on the purchase ticket. On the note, the client declined to leave the usual 18% automatic tip saying, “I give God 10% why do you get 18”.

The decision of those responsible for Applebee’s was to fire the waitress claiming that she had violated the client’s privacy. What provoked an angry reaction both on Facebook and Twitter? In addition, the Applebee’s website had a widget where comments on Twitter were displayed. The comments of the Facebook post exceeded 20,000. Especially because the social media team was still maintaining the original idea and criticism raged.